Jill A. Goldman, M.Sc., Ph.D., CAAB is an expert in the field of animal behavior, with a focus on pet behavior.

Interviewed regularly via video, print, and radio, she offers scientific and ethical information about animal behavior issues and treatment of them.

To schedule an interview, please complete and return the Contact sheet.

The Wildest (2022): Why is my Cat Hiding? https://www.thewildest.com/cat-behavior/why-is-my-cat-hiding

Chewy.com Pet Central (2019):  Separation Anxiety in dogs: Symptoms, causes, and how to help..

American Kennel Club (2019): Why do dogs tilt their heads?, What are dog Zoomies?

Veterinary Practice News (2017): Is it a medical problem or a behavior problem?

The Dodo (2015-2013): Do dogs get anxiety just like people? Do dogs remember their puppies after they're separated?, OCD dogs, people have similar brains. (June 2013) Why animals adopt other animals (May 2013)

Portland Home (February/March 2005): Choosing the right dog for your lifestyle.

RADIO (Many of these segments are no longer accessible :(

Pandemic Pets:  How Animals And Their Humans Are Now Adjusting To Reopening: https://www.kpcc.org/programs/... 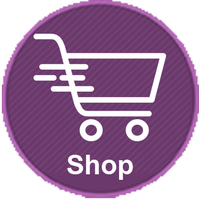