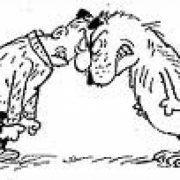 There is so much information out there on how best to train your pet. Some people believe that training must include a heavy hand and aversive punishment (confrontational). Some people believe reward based training with positive experiences (constructive) is bribery. So, how can you teach your pet what to do and what not to do while at the same time enrich your relationship and strengthen your bond? This segment addresses the benefits and efficacy of constructive training. You will get long-lasting consistent results when you work with your companion, rather than against them. Remember, if you are using punishment often, it is not working.